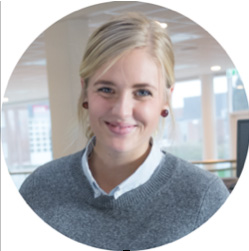 Preserving the Future and the Past, Gazette Upgrades Printing Process

“This technology is more efficient, lets us improve the quality of our print reproduction and best of all is environmentally friendly,” Ms. Seagrave said.

“There are no chemicals involved in the process, which was a major factor in our decision to buy this unit.”

Article from The Vineyard Gazette

The Vineyard Gazette this week welcomed a new piece of technology into its decades-old printing operation with the addition of a new computer-to-plate unit. The Platewriter 8000, produced by Danish pre-press manufacturer Glunz & Jensen, uses inkjet technology to convert computer-generated page layouts to plates ready for printing in a single step. The state-of-the-art unit eliminates several steps in the pre-press production process that involved developing film negatives of each newspaper page, splicing them together, then using a chemical process to burn the images onto plates, said publisher Jane Seagrave.

Behold, the new Glunz & Jensen platemaker — Mark Lovewell
Using the Platewriter, the newspaper can transmit image files by computer directly onto plates that are ready to put on the printing press. “This new technology is more efficient, lets us improve the quality of our print reproduction and best of all is environmentally friendly,” Ms. Seagrave said. “There are no chemicals involved in the process, which was a major factor in our decision to buy this unit.”

The Platewriter was purchased from Hank Clifford of RMM Associates, a Massachusetts-based dealer that represents Glunz & Jensen products in the United States. Mr. Clifford and Steve Swihart, North American sales manager for Glunz & Jensen, were on-Island this week to install the unit, the size of a compact car, in the Gazette’s Edgartown office. The unit occupies a former darkroom adjacent to the newspaper’s Goss Community Press, which was installed in 1974.

The Gazette is committed to printing the newspaper on-Island as it has for the past 169 years, Ms. Seagrave said. The addition of the new Platewriter unit resolves the one weak link in the production process, said press supervisor Jeremy Smith.

“Our Goss Community Press is the workhorse of the newspaper industry, and has many good years left,” he said. “What I like most about this new unit is its reliability. It’s so 21st century. We don’t have to worry week to week about whether the old technology we were using to create the plates will continue to work.”

Mr. Swihart said about 1,600 Platewriters have been sold globally, mostly to commercial printing operations. The units are relatively new to the U.S. newspaper market, with about 30 papers now using them.

“It’s a good fit for geographically challenged areas like the Vineyard because it is easy to use, requires little maintenance and it has a great environmental footprint,” Mr. Clifford said. He noted that the steps saved by going directly to plates also results in better quality images.

Proud to partner with

Proud to partner with

Of all leading suppliers use Glunz & Jensen Technology

Percent of all products delivered on time

Years in the printing industry

How can i help? 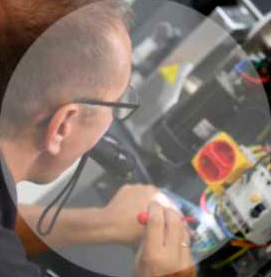